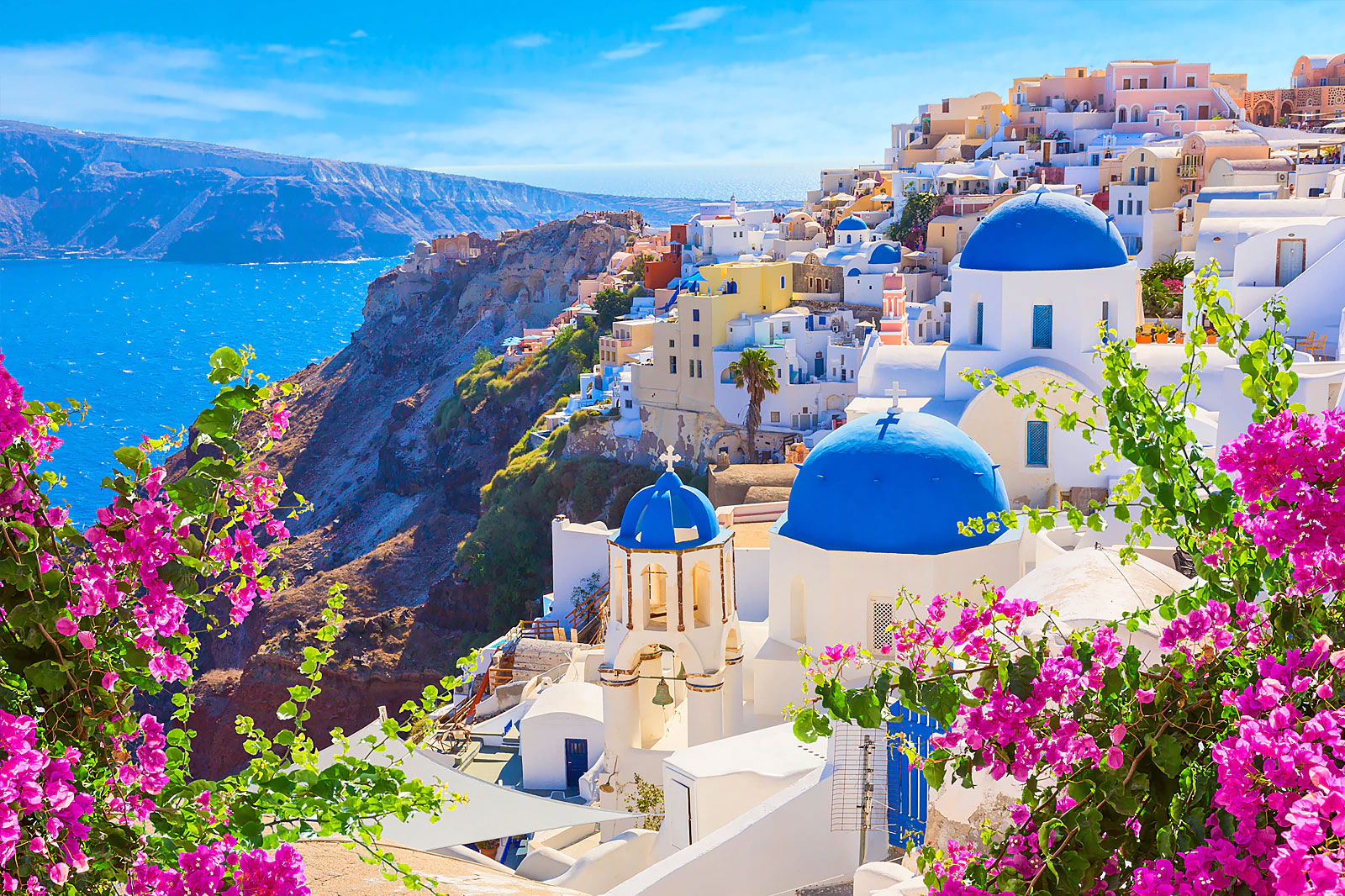 In the centre Aegean sea, you find the 30 Cyclades islands, including Mykonos and Santorini. These are the islands where every tourist brochure features the traditional cuboid, whitewashed Greek homes and buildings with brightly coloured domes and terraces.
In Mykonos, the west coast is where all the action happens. Here you’ll find the most desirable areas to own a home, including Mykonos Town, also known as Chora, with its ancient harbour and picturesque ‘Little Venice’ quarter. Other hot spots on this coastline include Agios Lazaros, Agia Sofia, Tourlos and Houlakia. Set back a bit from the jetsetters, gayfriendly Elia has the island’s longest beach. Platis Gialos is one of the oldest resorts on the island and is a more laid-back option. Mykonos is not cheap. For a small detached villa outside of the more fashionable areas and with no pool, don’t expect a lot of choice for under €500,000. Your options (for a villa) increase significantly with a budget of €1million-plus. Mykonos achieves one of the highest yields from holiday lets of all the Cyclades islands, according to local agents. The most desirable multi-million-euro villas can be let for as much as €10,000 or €20,000 in high season. On many islands, you could buy a whole home for that! Paros and Santorini are the next best earners. Mykonos and Ios offer the hedonistic lifestyle, while Santorini is known for its beauty.

Syros is popular with those looking for a more quiet life. Despite being one of the smallest islands of the Cyclades, it is the legal and administrative centre of the archipelago. It’s also a transport hub for the northern islands, from the ferry port in Ermoupoli. This gem of a Cycladic town owes its name to Hermes, the god of trade. Its illustrious past – it was Greece’s main port once upon a time – is perfectly demonstrated by its historic mansions, marble paved streets and squares, imposing churches, monuments, statues and well preserved neoclassical buildings.

One problem with Greek islands in general – although you may see it as a plus – is that while busy in the summertime, they are generally very quiet in winter. In Santorini and Mykonos, however, the tourist authorities are beginning to open more hotels and attractions in winter too, and working to improve year-round access. Property prices on these islands are some of the most expensive, but this does mean that they have high holiday rental returns

Please enter your username or email address. You will receive a link to create a new password via email.